In an unprecedented shortened, spring season, the Lady Lancer Women's Volleyball Team proved that there are still some things you can count on. The girls captured yet another volleyball championship, this time defeating league rival Sacred Heart in straight sets. With the team unable to move onto NYS Championships due to Covid, the team looks to return to the court even hungrier this Fall. 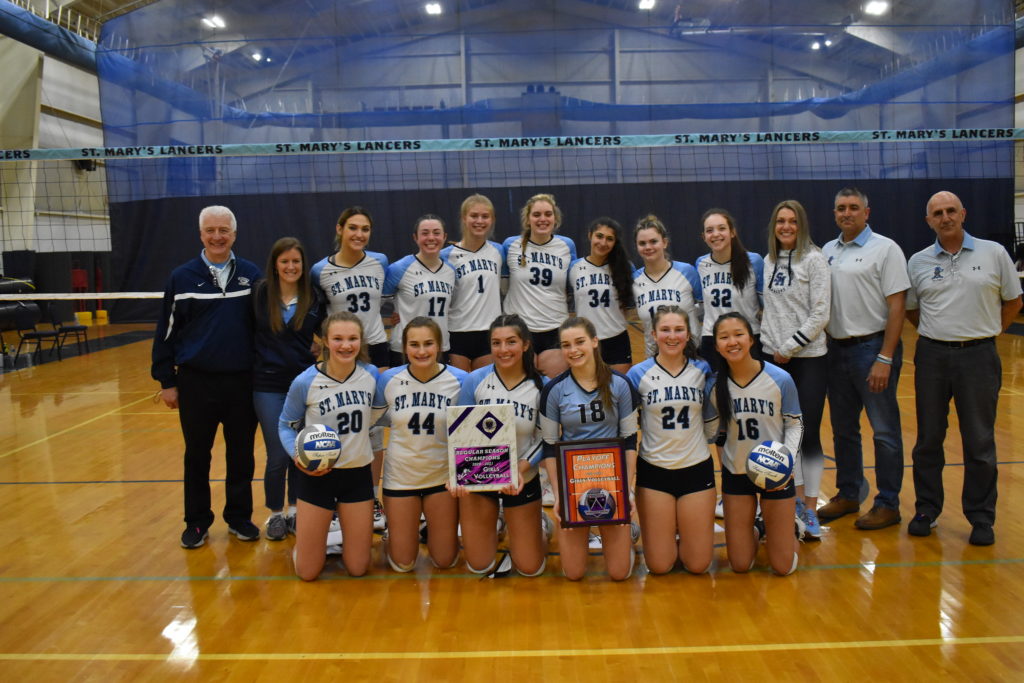 St. Mary’s of Lancaster went 6-0 in pool play then swept three sets in the finals from Kennedy Catholic of Somers in Westchester County to win the Catholic High School Athletic Association girls volleyball championship Saturday at York College in Queens.

It was the 17th state Catholic championship for the Lancers and third in four years.

She had 13 digs and that enabled Marie Rhodes to dominate in the middle with 12 kills and a hitting percentage of .706.

Rhodes had 40 kills and nine blocks in the tournament while Brundage came up with 57 digs. Courtney Kurkowiak had 117 assists and 11 aces and Maddie Nuttle had 30 kills.

Besides sweeping through Monsignor Martin Association play with an undefeated record. the Lancers were undefeated in all their dual matches. 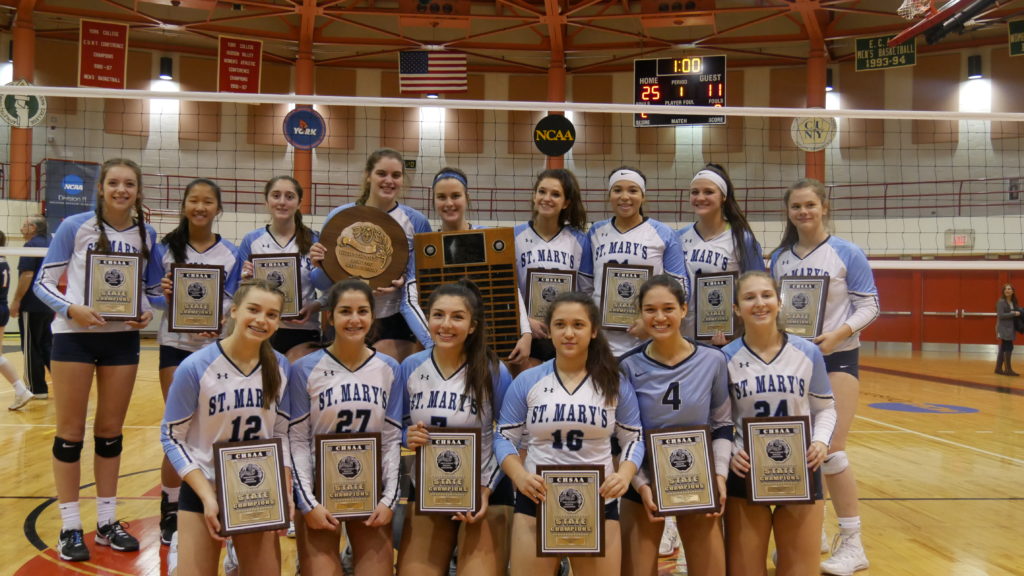 The Lancers defeated Sacred Heart in straight sets to take secure the league championship. Not to mention, the title is the women's volleyball team's ninth straight (yes... 9th) title. 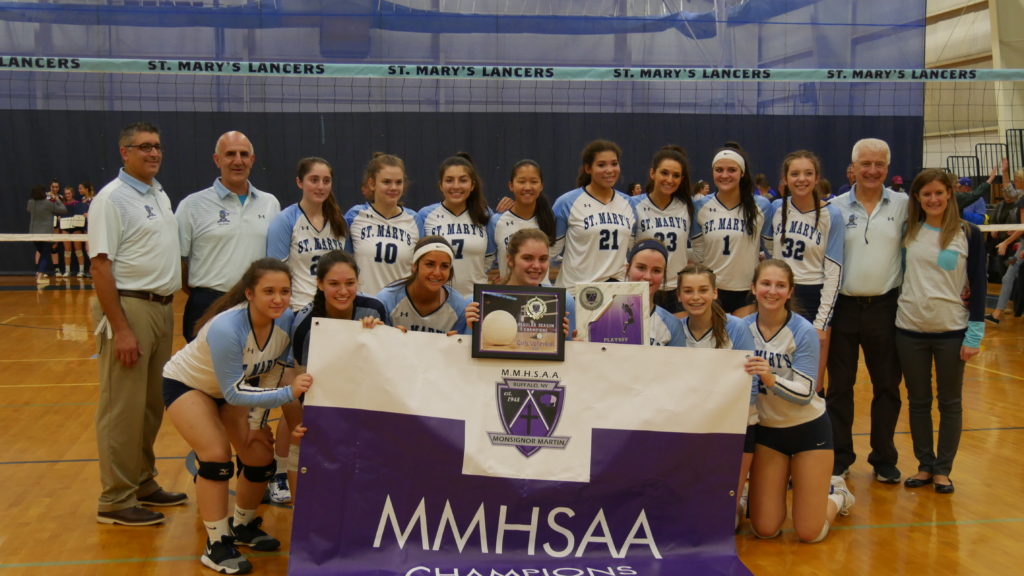 The team held the event during arguably the biggest game of the season to attract the biggest crowd possible, as the Lancers faced off against the Quakers of Orchard Park. St. Mary’s dominated the game, defeating the No. 1 large school in Western New York in straight sets and raised $2,000 for their cause.

The Dig Pink event was the brain-child of several girls on the team, including senior captain Kelly Cleversley: “We wanted to do something to show our support for cancer survivors, those who have passed on from cancer, and those currently in the fight,” Cleversley said. “So, we put our heads together and came up with the idea to collect $5 to have supporters sign our special Dig Pink jerseys with their names, survivors’, people’s who are battling cancer, or in memory of someone. It’s been cool to learn about people’s stories, and it’s brought us closer as a team.”

The entire St. Mary’s gym was a pink-out, with fans wearing pink from head-to-toe, cheering on the Lancers in this huge game.  The team fed off the crowd’s energy, and it was a night to remember in Lancerville. In total, St. Mary’s raised $2,000 for Side-Out Stage IV Cancer Research.

Head Coach Don Pieczynski couldn’t be more proud of his team: “The girls really came together and showed up in big ways,” Pieczynski said. They put forth tremendous effort in raising money for this great cause, and then what they did on the court? What a great night! That’s the St. Mary’s way.” 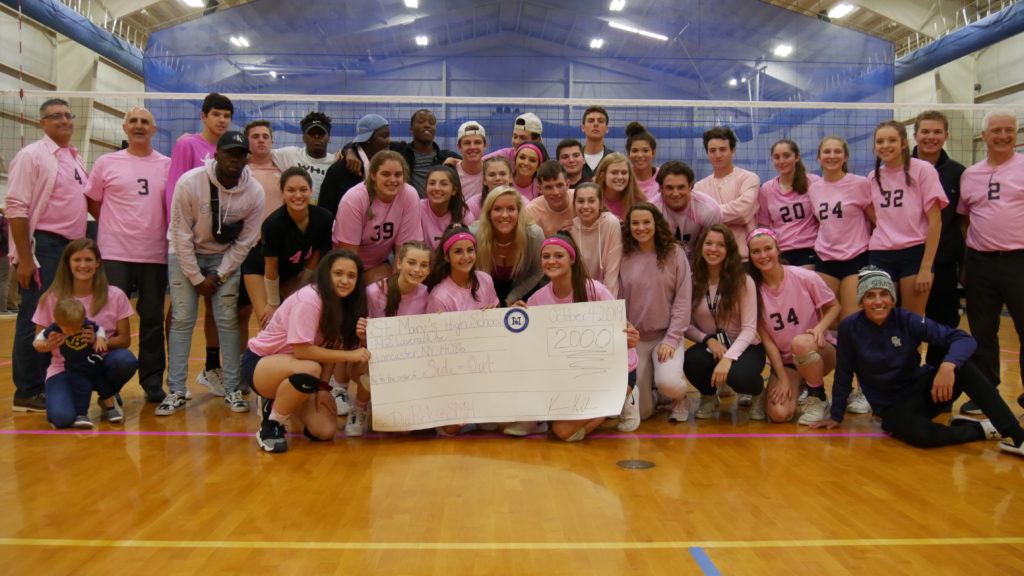 Another round of congratulations goes out to St. Mary's junior Marie Rhodes and freshman Courtney Kurkowiak on being named to the Second Team!

The St. Mary's Women's Volleyball Team lost a heart-breaker to Sacred Heart of Long Island in the NYS Volleyball Championships.  The 5-set match was back-and-forth for its entirety, and the Lancers showed so much toughness and heart to fight in front of their home crowd.

The St. Mary's Women's Volleyball Team lost a heart-breaker to Sacred Heart of Long Island in the NYS Volleyball Championships.  The 5-set match was back-and-forth for its entirety, and the Lancers showed so much toughness and heart to fight in front of their home crowd.

St. Mary's defeated Sacred Heart in this year's Monsignor Martin final to capture their 8th league championship in a row! 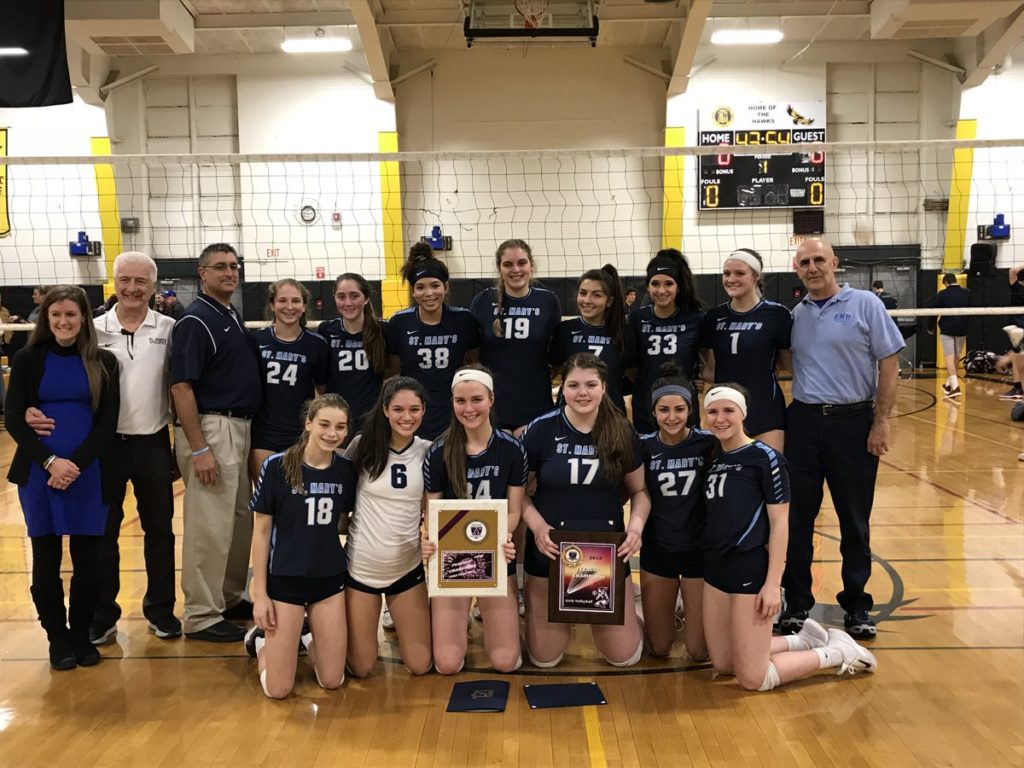