Skip to content
In addition to our Performing Arts Hall of Fame, we also inducted three outstanding athletes and five legendary teams into the Athletic Hall of Fame in a ceremony held at Lancaster Country Club on Sunday, June 26th.
Congratulations to St. Mary’s runners Don Nichter ’75, Chris Kuroski ’00, and Colin Meyers ’04 for their individual accomplishments while at St. Mary’s, at their respective universities, and then, in Don’s case, for his many accolades throughout his coaching career.
St. Mary’s Women’s Volleyball is as dominant a program as you’ll find across the country – league championship after league championship, 18 state titles and counting, and decades of dominance. The foundation of this success started in the ’80’s and continued for decades to come. We are pleased to welcome the women’s volleyball teams of 1989, 1990, 1992, 1993, and 1994 into the St. Mary’s Athletic Hall of Fame. All five of these teams were league and state champions – a precedent for teams of the future to follow.
Check out the individual plaques for even more details on these amazing inductees, and flip through to see the inductees with their Hall of Fame plaques. Thank you to Tony Martin Awards Inc. for the amazing job on the hardware. Congratulations to all – forever enshrined at St. Mary’s High School. 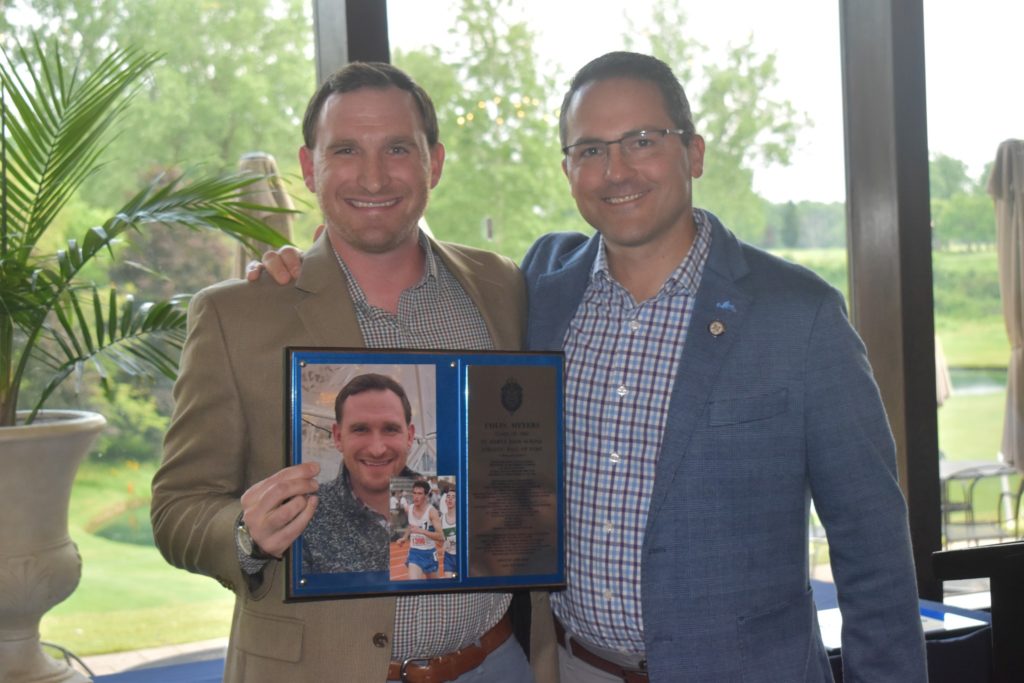 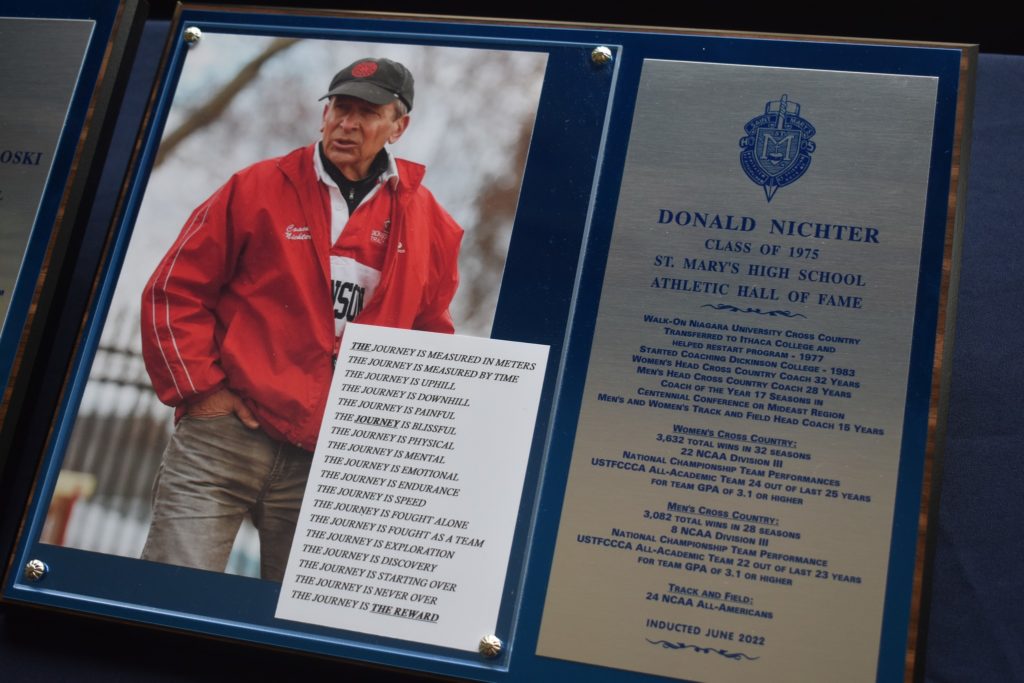 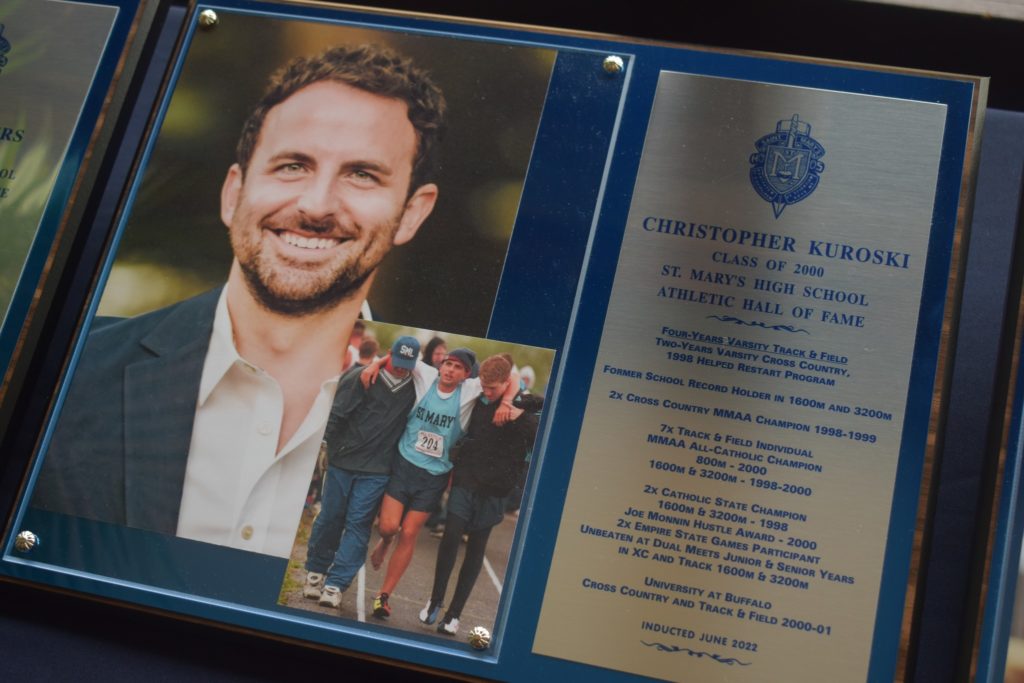 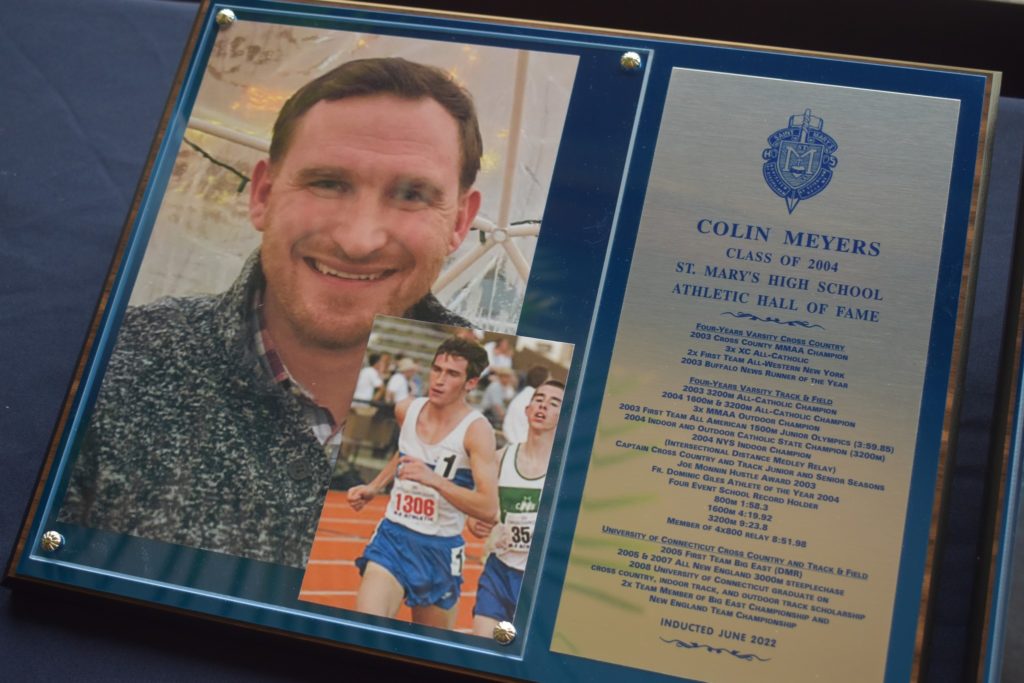 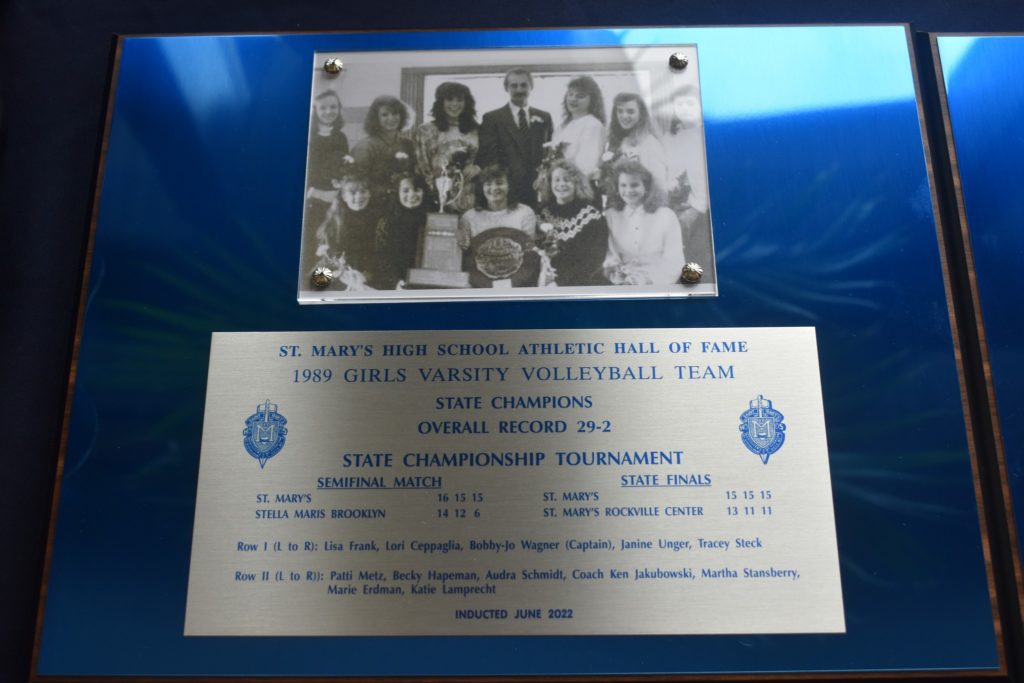 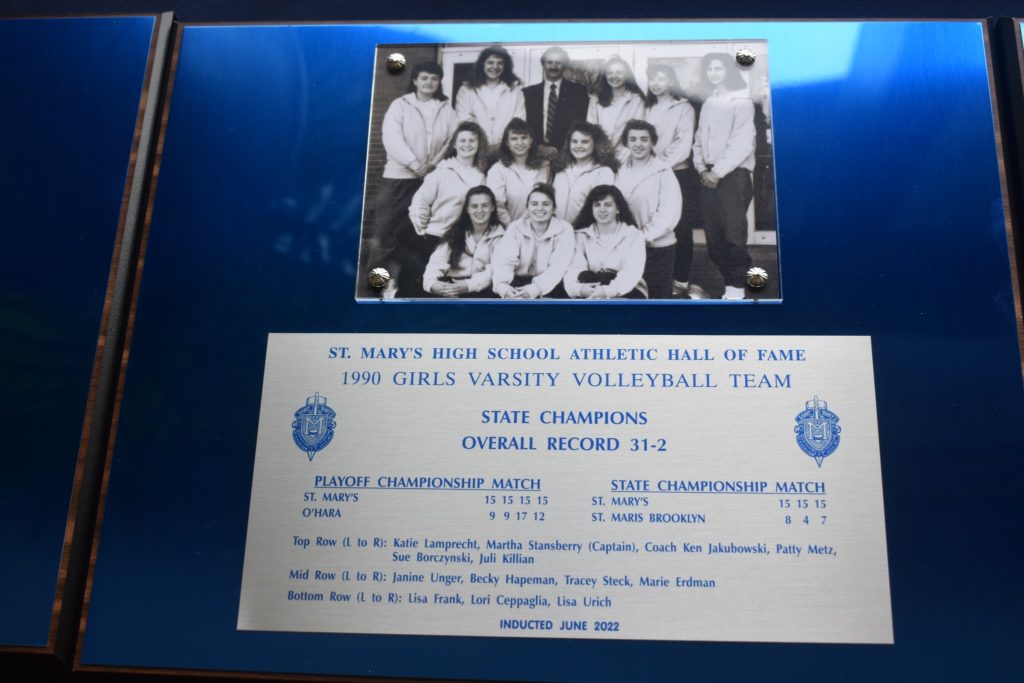 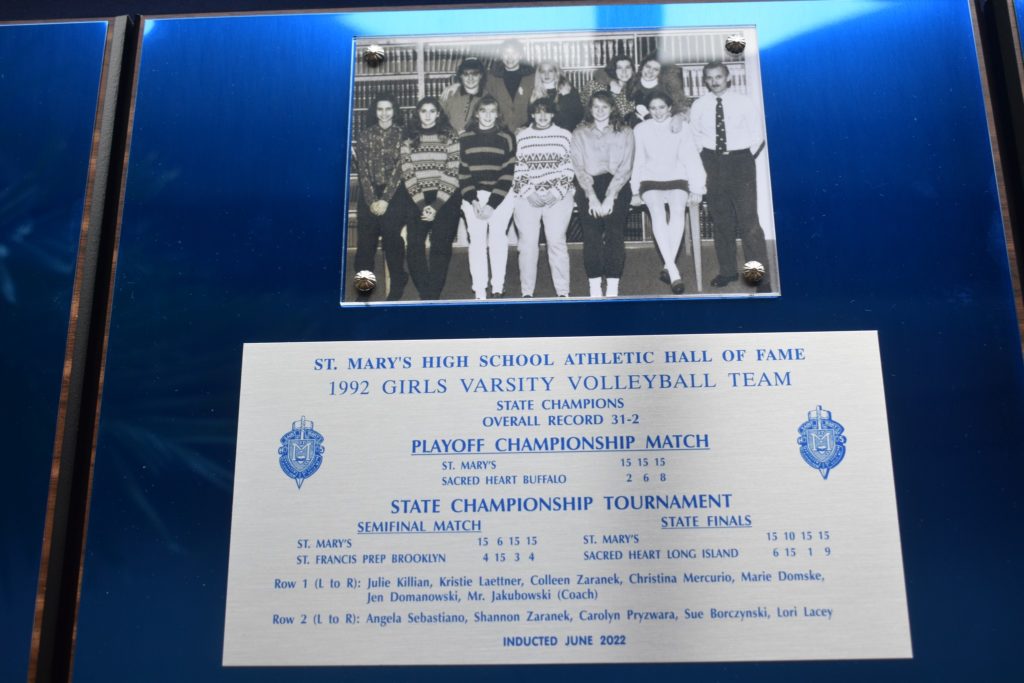 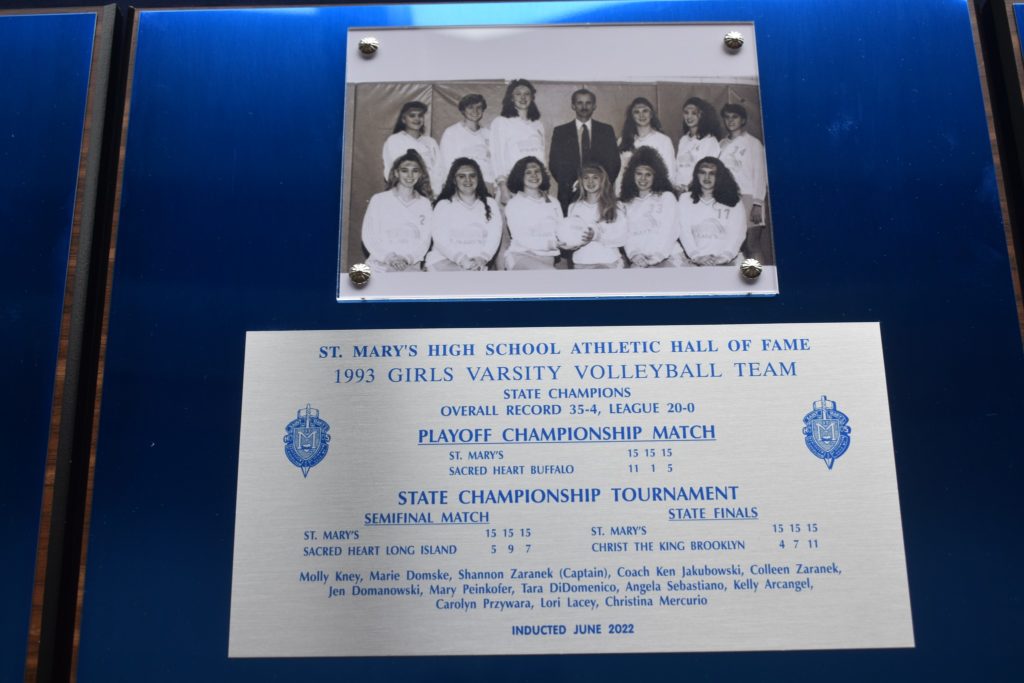 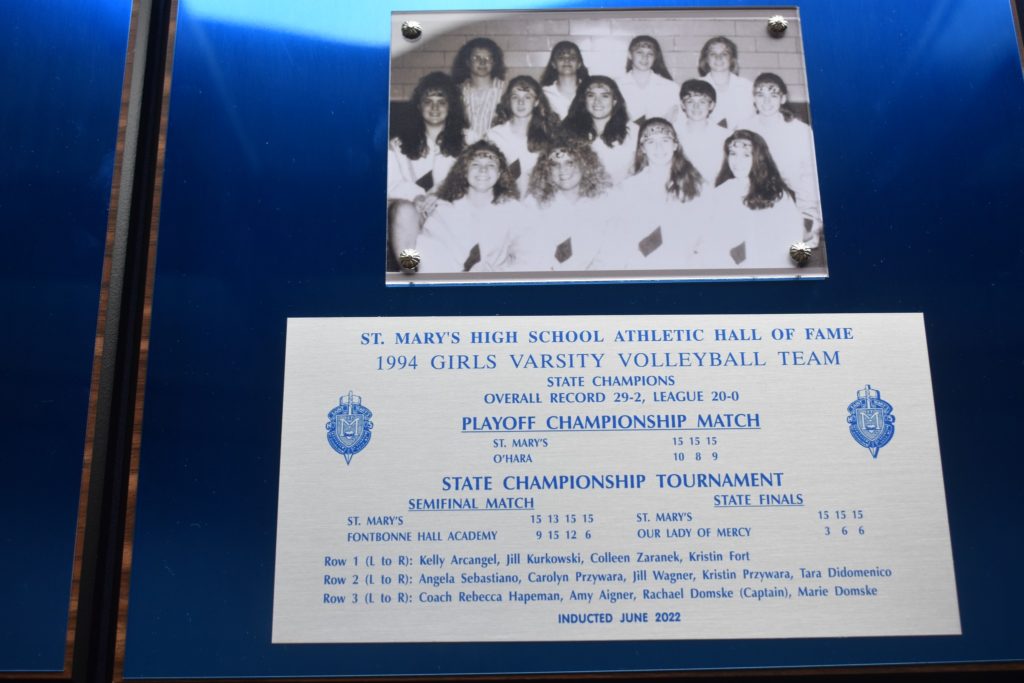 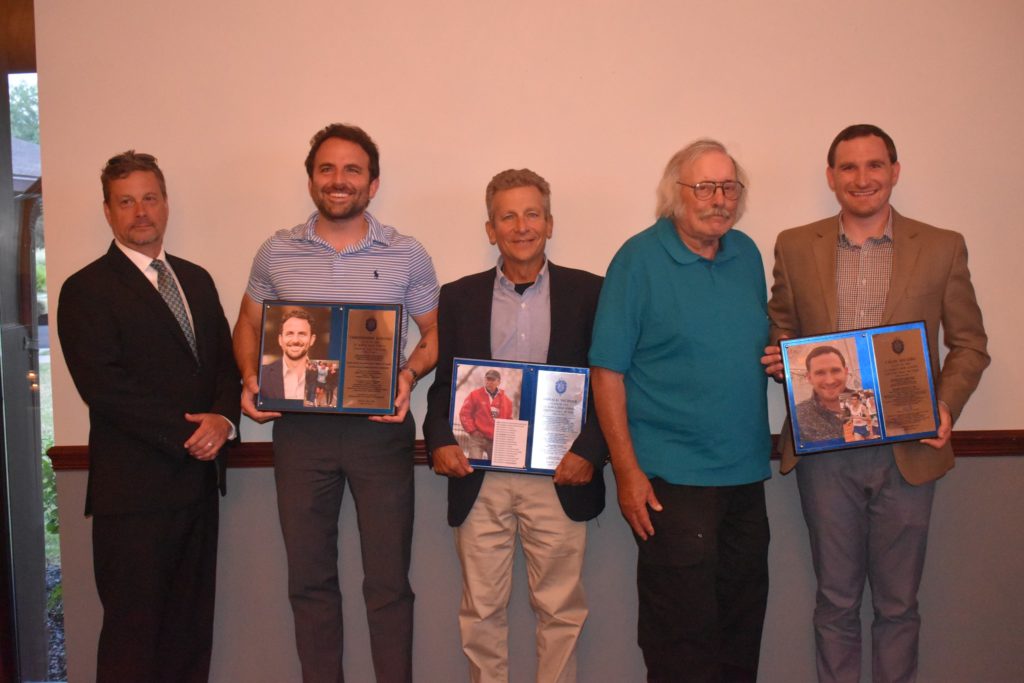 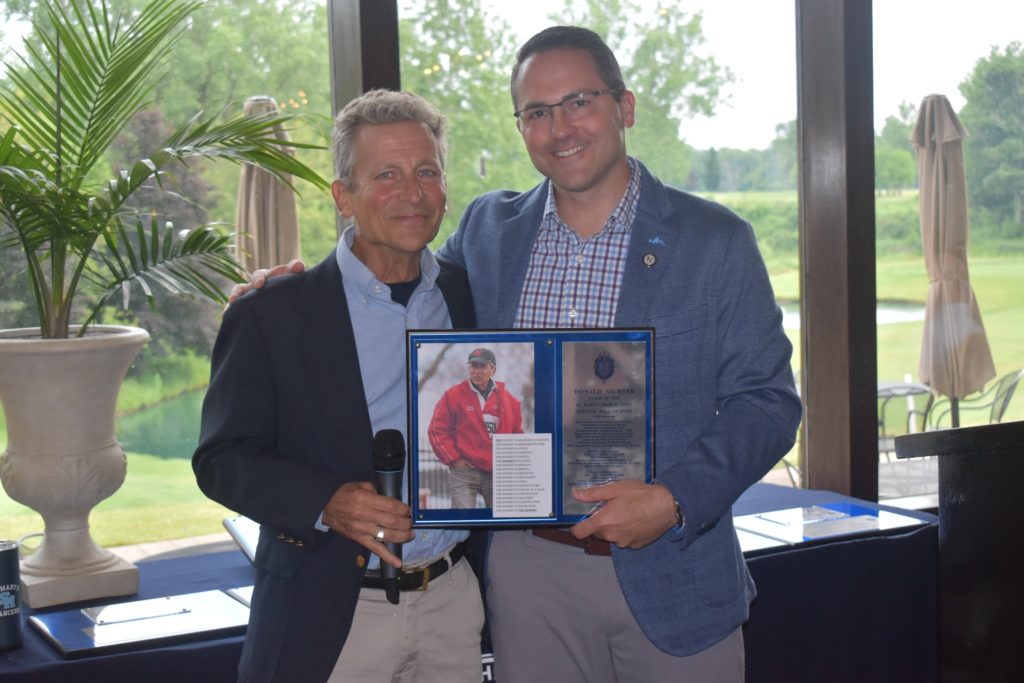 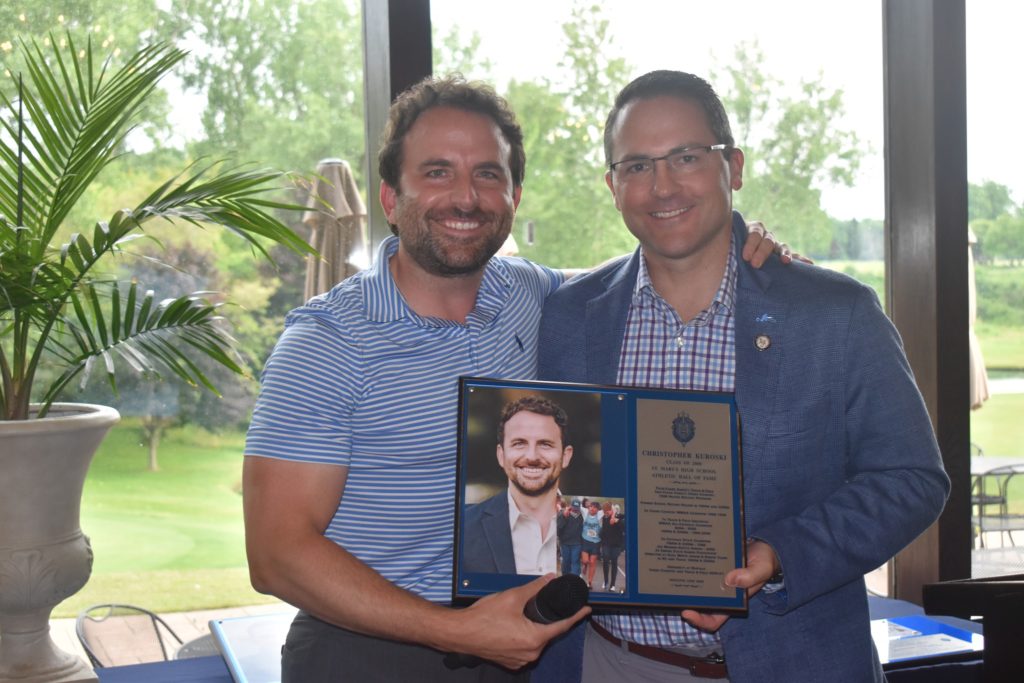 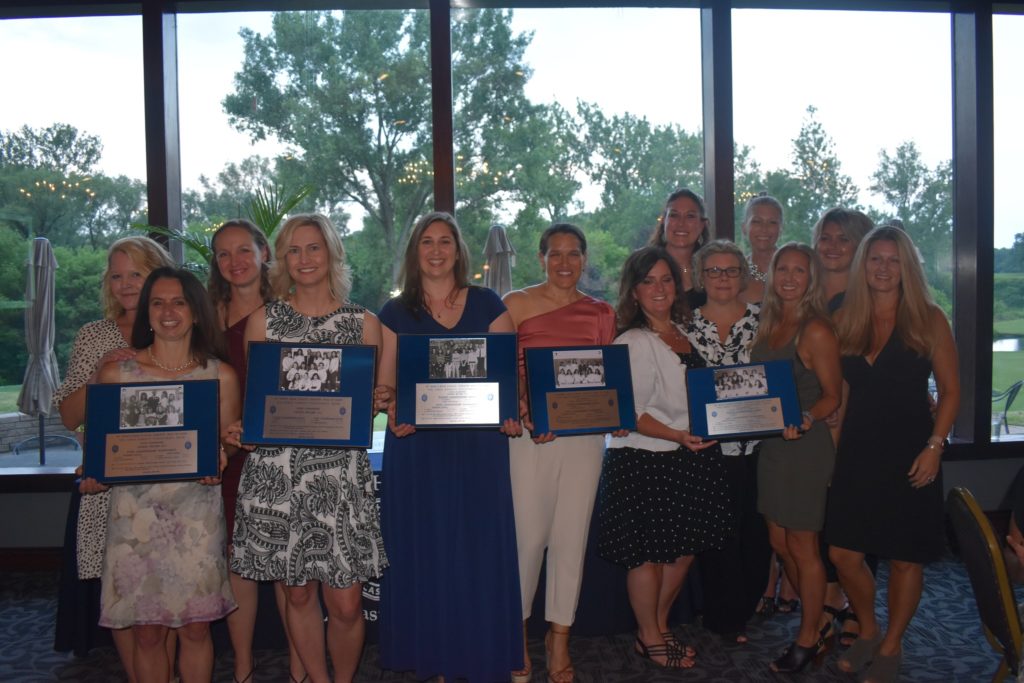