Skip to content
As part of our Reunion Weekend festivities, we were proud to induct the Cast, Crew, Orchestra, and Directors of the 1963 production of West Side Story as well as composer and musician Louis Conti ’87 into the St. Mary’s High School Performing Arts Hall of Fame. It was a wonderful induction ceremony that featured performances by the St. Mary’s Varsity Chorus, musical leads Dylan Gurnari ’22 and Allison Krawczyk ’22, and inductee, Louis Conti himself. We were thrilled to have so many of the cast, crew, and orchestra from the 1960’s return to St. Mary’s. They’ve all still got it!
St. Mary’s High School was the first school to get the rights to put on West Side Story as their musical in 1963. A controversial pick at the time, the musical was a smash hit, even causing the school to add more show dates for the droves of crowds wanting to see the performance. Famed composer, the late Leonard Bernstein, even sent the school a telegram wishing the cast and crew luck before the show!
Louis Conti ’87 is a composer and musician whose works are known throughout the country and the world. He has played all over the globe and has written music that has moved generations.
Congratulations to all!
For even more photos, click here.
Photo credit: Mya Maher ’23 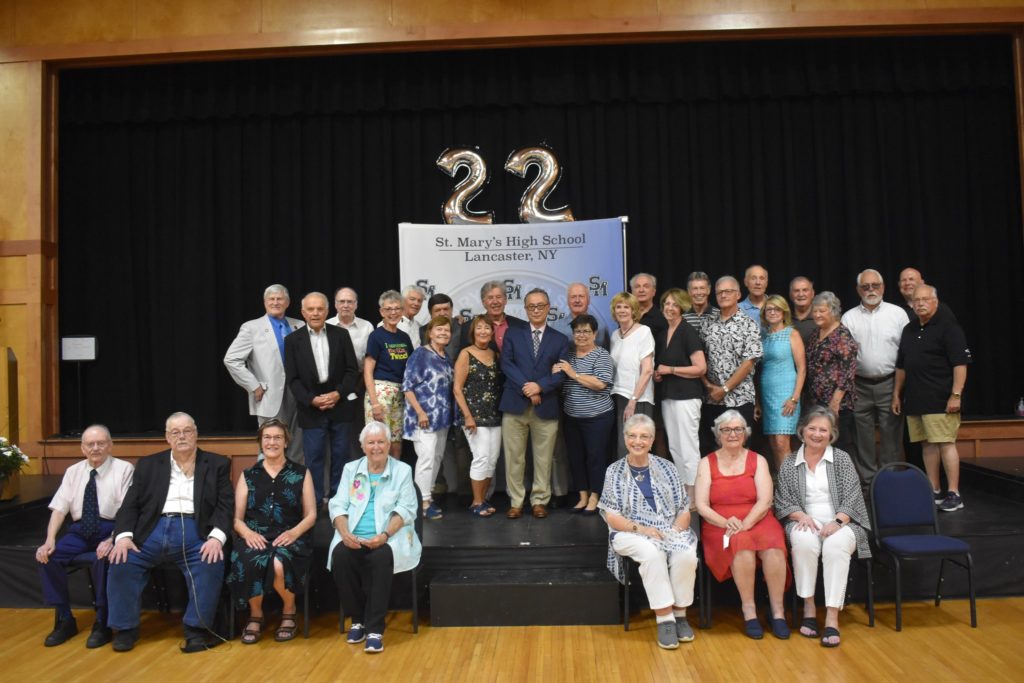 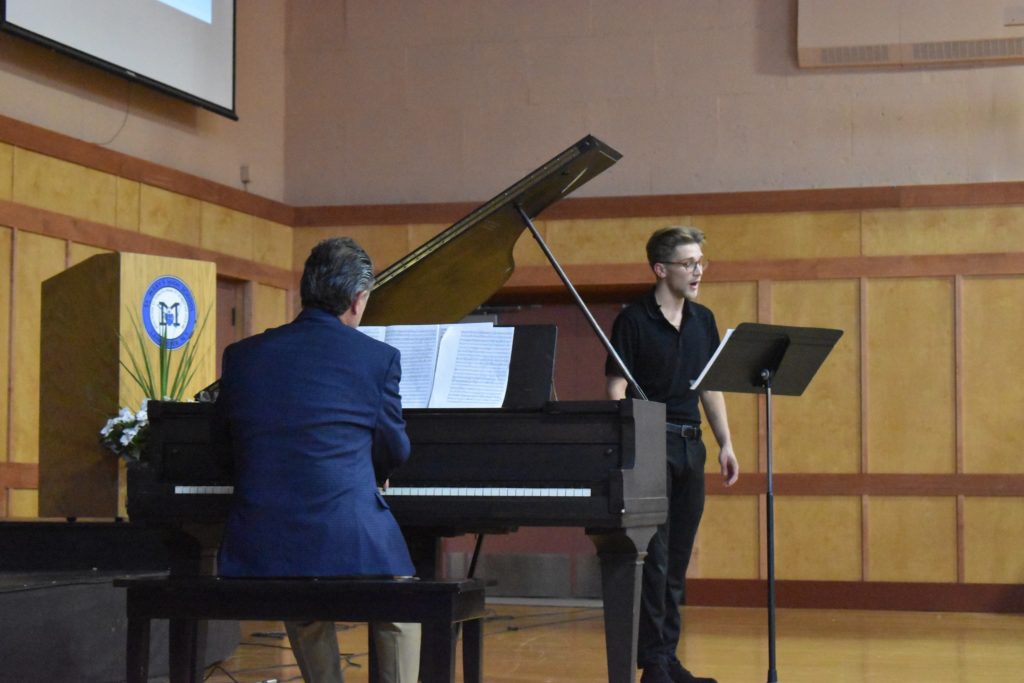 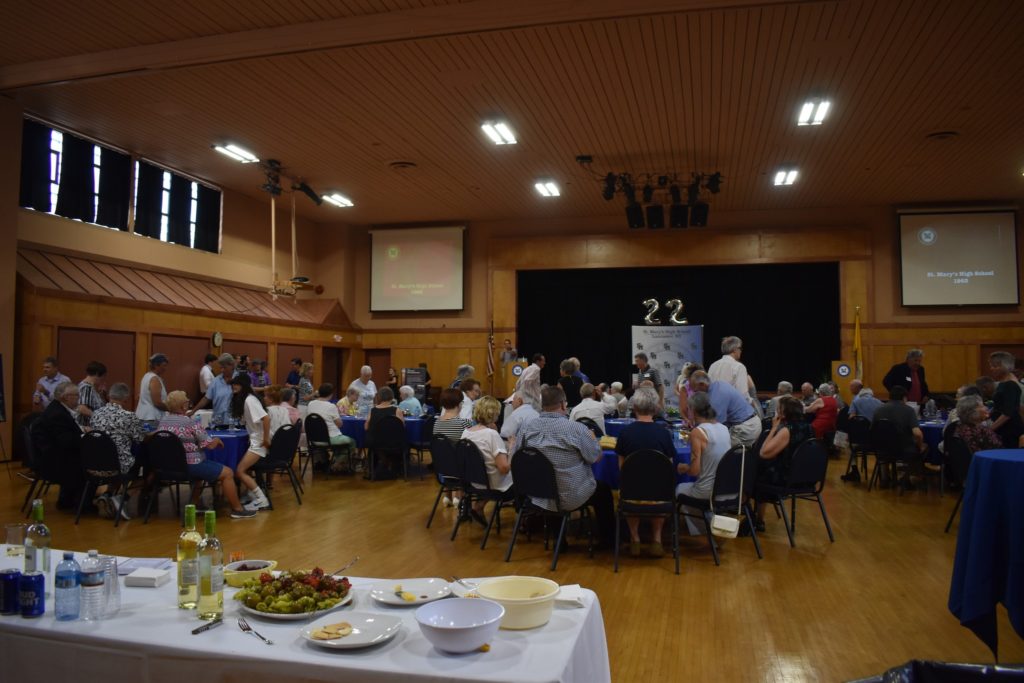 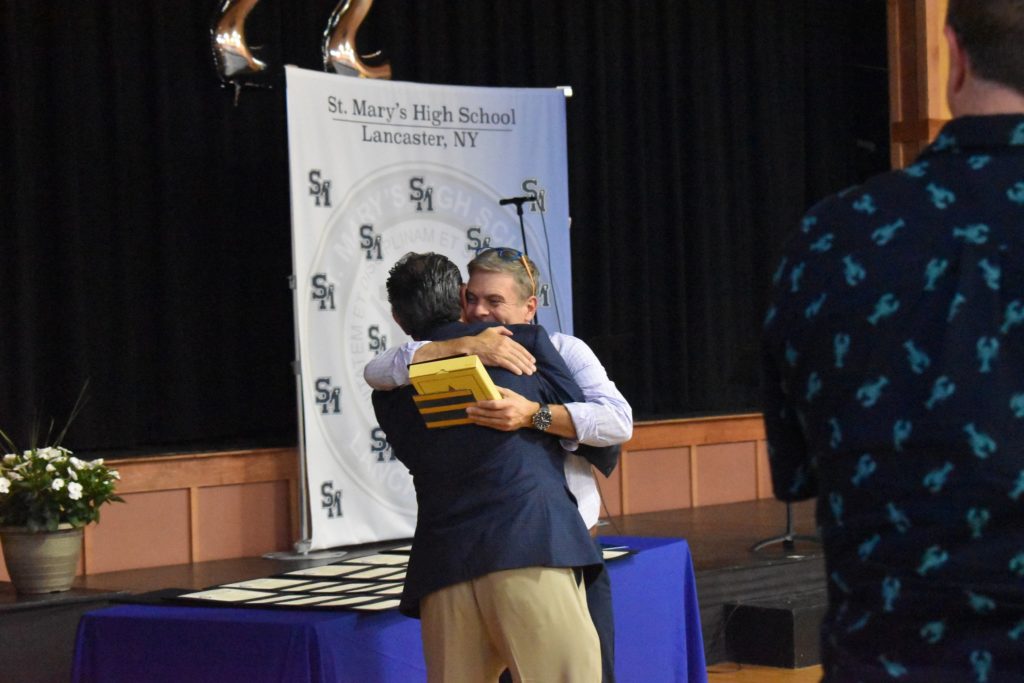 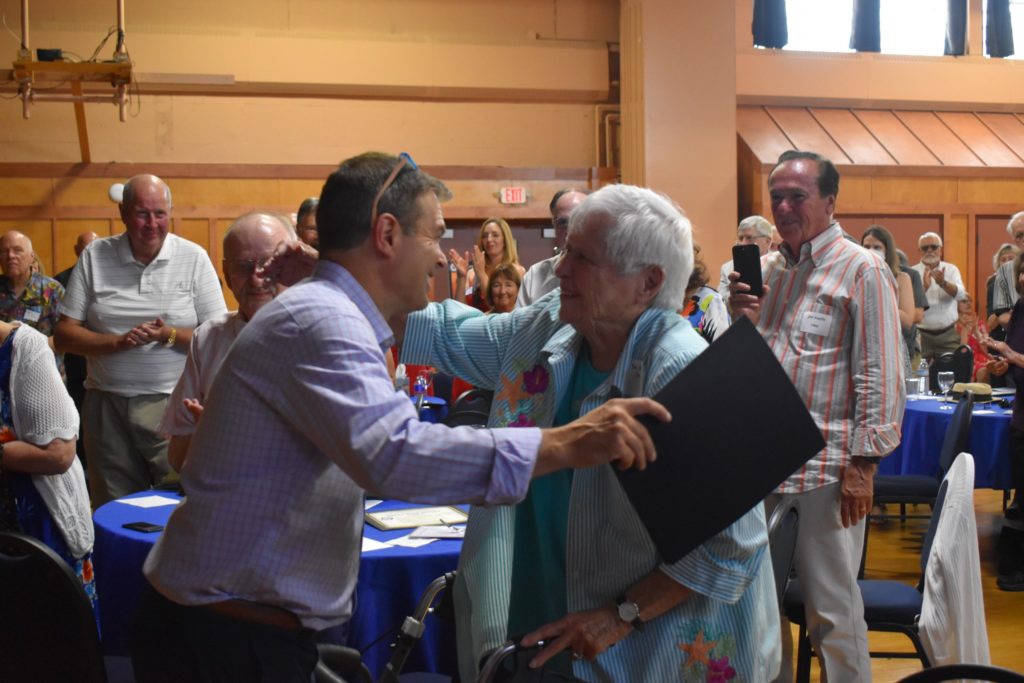 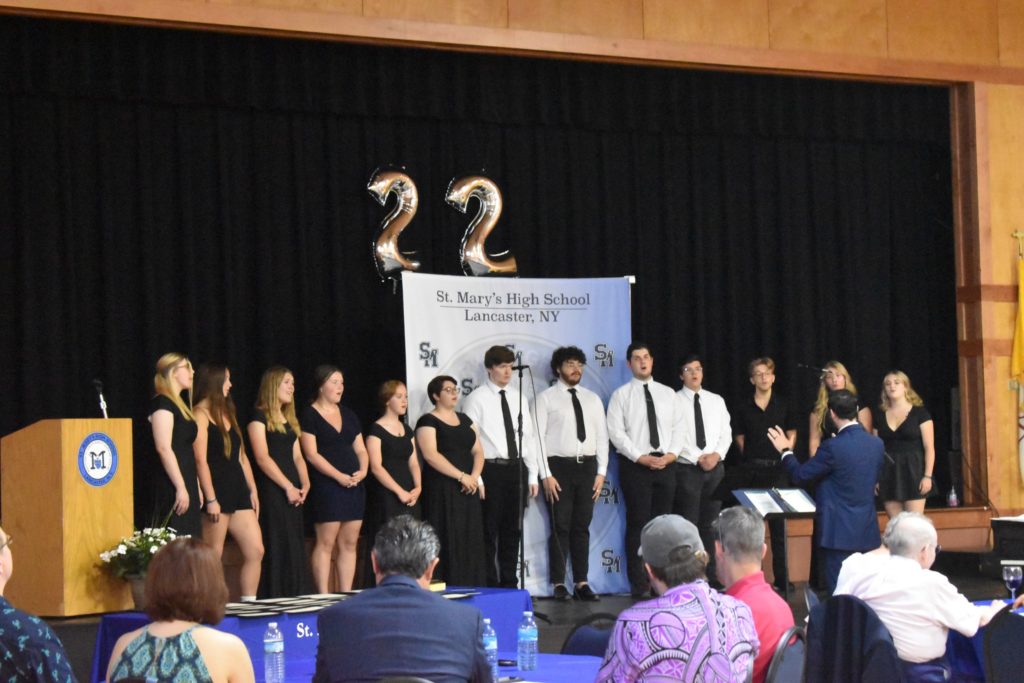 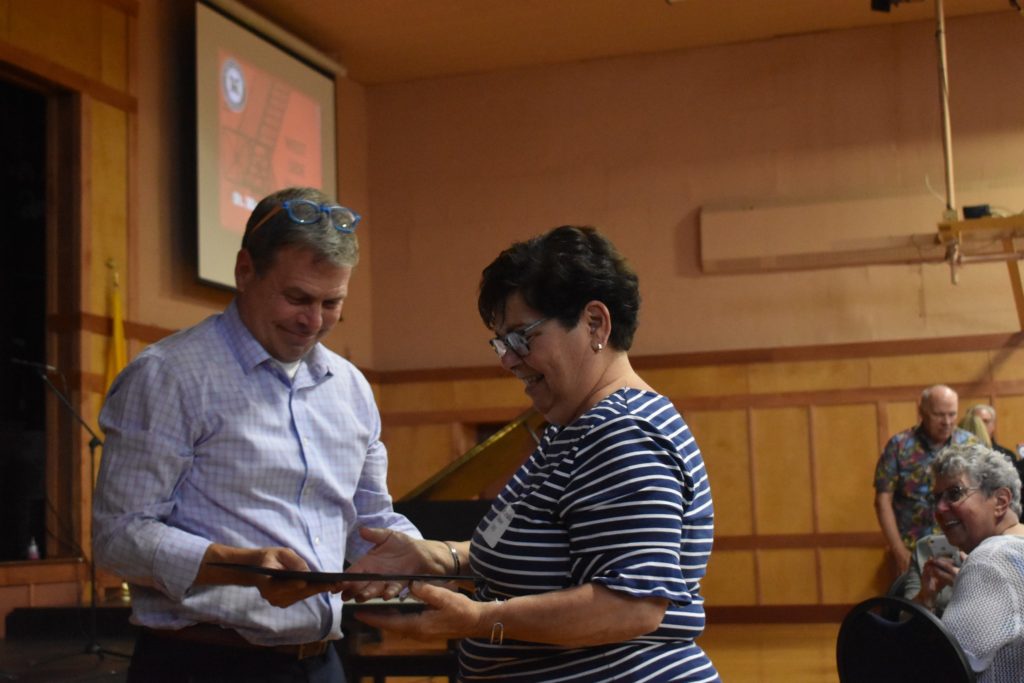 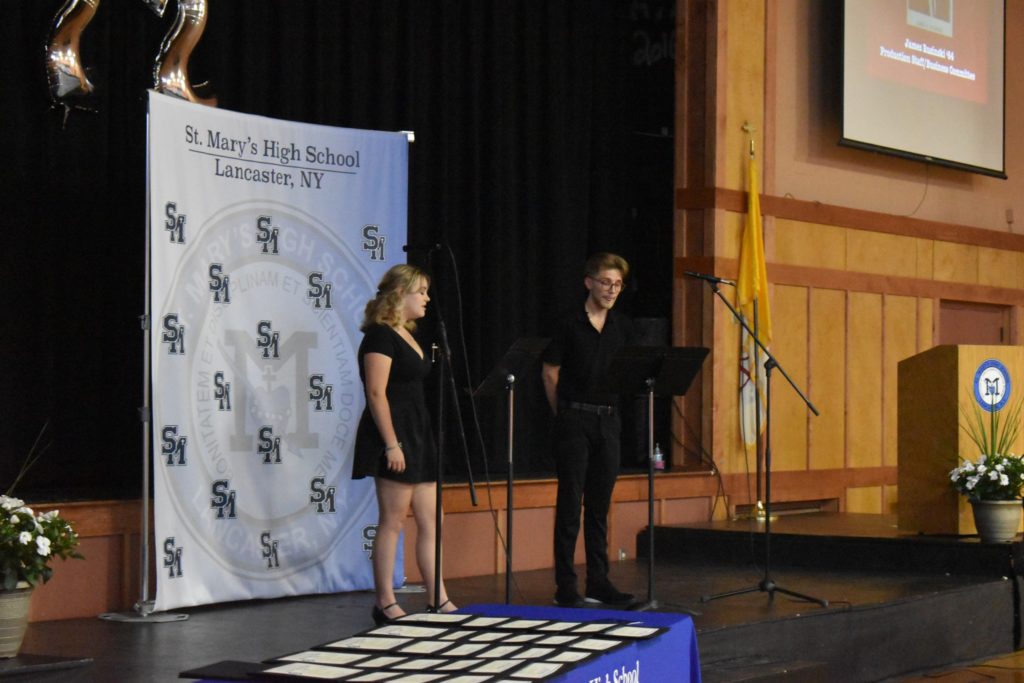 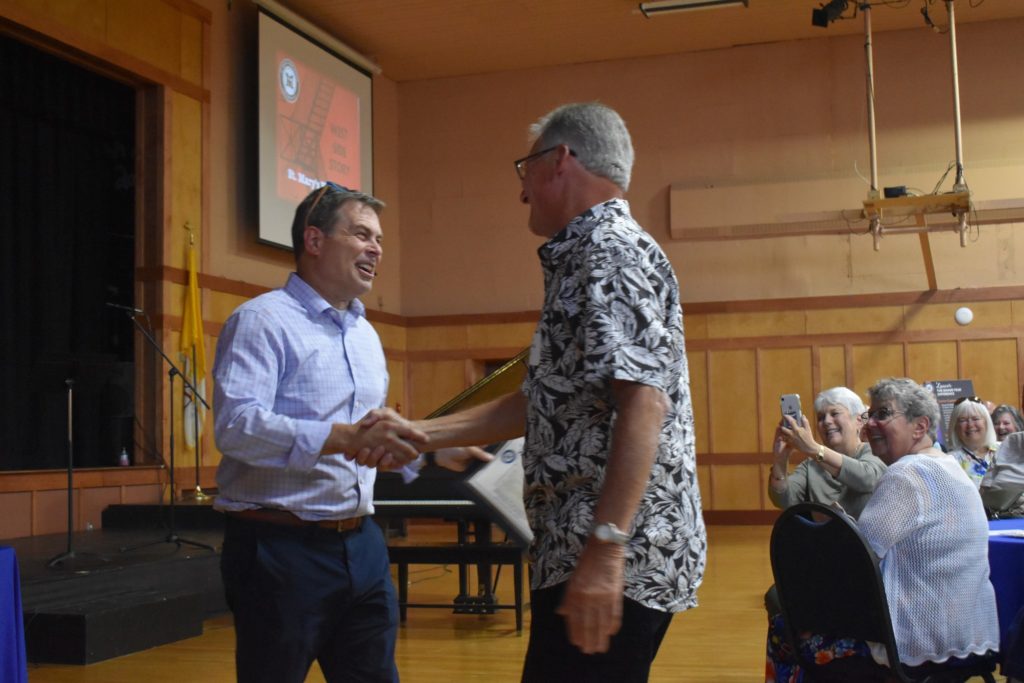 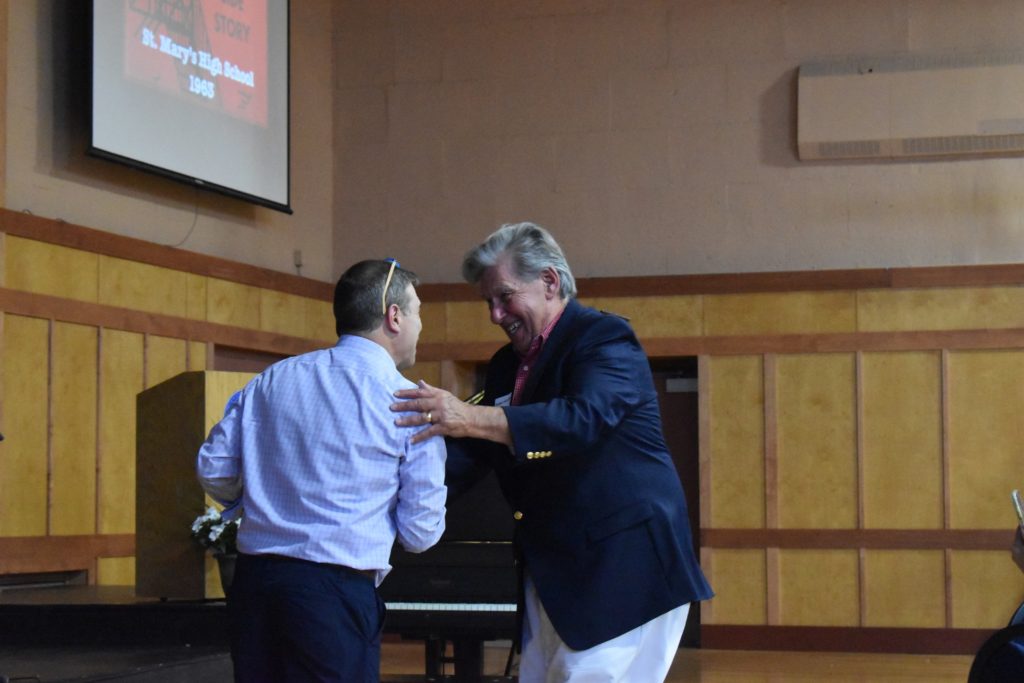