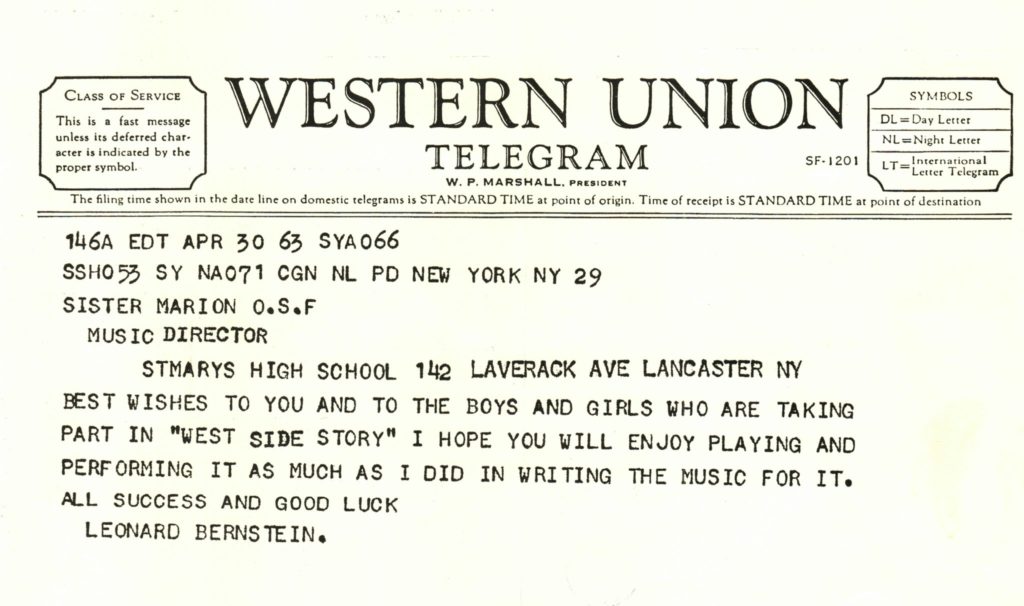 With the remake of the film West Side Story hitting theaters last week, it has spurred a little trip down memory lane.
Leonard Bernstein is the famed composer of West Side Story. He composed the music for the original Broadway production that premiered in 1957 along with the film version that was first released in 1961, eventually winning the Academy Award for best Feature Film.
In 1963, St. Mary’s was the first high school in the country to put on West Side Story. Knowing St. Mary’s was the first school to bring his music to life in a high school auditorium, Bernstein felt compelled to send the school his well wishes by way of a personal telegram, which you can read below.
Receiving this telegram prior to the opening night of St. Mary’s 1963 production of West Side Story was obviously a great thrill for the cast, crew, and directors!

You can see more from WKBW Channel 7 and their interview with one of the stars of the 1963 production, Barbara Link LaRue ’63 here.