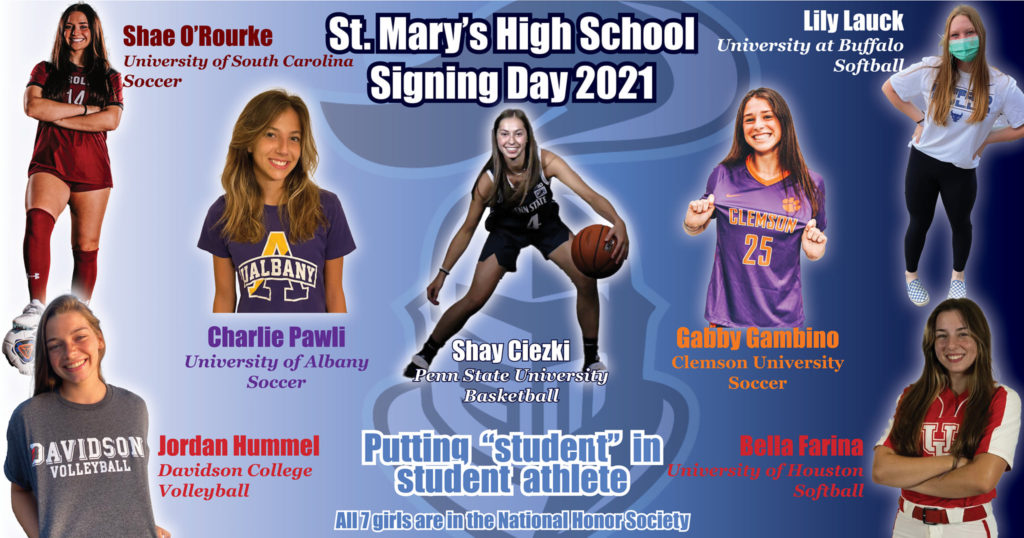 St. Mary’s High School is home to roughly 110 seniors in the Class of 2022, and seven of those students signed letters of intent to play Division I sports at some of the best universities in the country. It is impressive for a school to have one Division I athlete, but seven? In a school of 430 students? In a school with 110 seniors? And all of them have GPAs in the top 10% of their class and are National Honor Society students? That’s unheard of.

You won’t find any more impressive of a group:

“It’s a really special day for us,” St. Mary’s President Kevin Kelleher said. “Each one of these girls is better than the next. They’re fantastic in the community, in the classroom. Obviously on their preferred athletic on the field. They’re just amazing with the youth and everything we do at St. Mary’s High School. We’ve been blessed to have them for four years.”