Spirit Week is always a favorite week among St. Mary’s students.  The 2019 edition did not disappoint! Let’s get a first-hand account from St. Mary’s senior, Nicole Gorny:

Spirit Week of 2019 was interesting, to say the least. As custom, the war between each class rages on in this span of five days. With twists and turns on every end, no one could have guessed the outcome of this year’s Spirit Week.

Monday consisted of people dressing up as animals. With exciting costumes like dinosaurs from Jurassic Park to Pandas from Kung Fu Panda it certainly made for an unusual game of Bingo that morning.

As the week carried on, the anticipation for Lancers Got Talent at week’s end continued to grow, but Tuesday consisted of dressing up as athletes from movies and a Mathletes vs Athletes competition. Students had to name movies based on a screenshot, finish song lyrics, and complete the Bird Box Challenge.  This challenge consisted of finding fake birds in three inflatable pools – one was filled with plastic balls, another noodles, and the last whipped cream.  By the end of Tuesday, the Seniors were in the lead followed closely by Sophomores, Juniors, and then Freshmen. 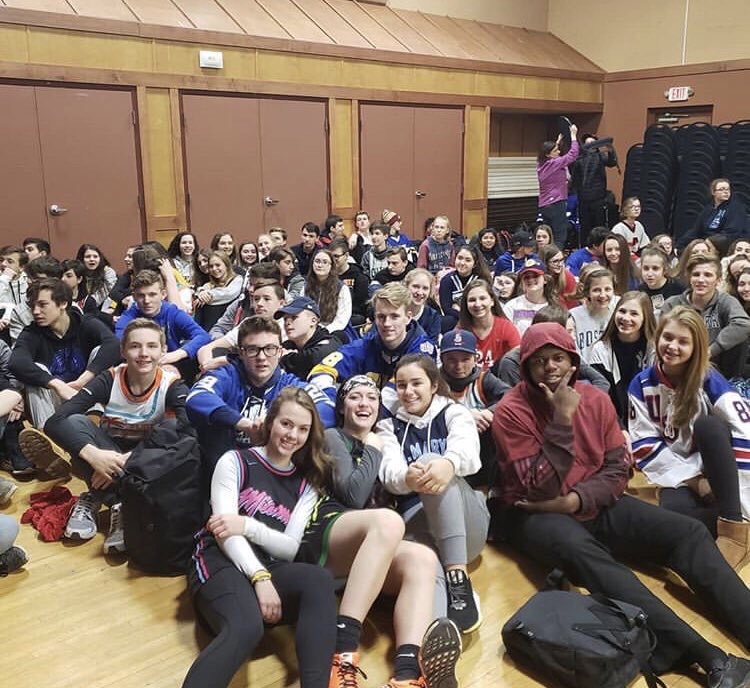 Wednesday became the day of solving clues every period and interesting outfits, as people dressed as animated characters. Unfortunately for the Seniors, the Sophomores won the majority of the trivia, earning them first place overall, followed closely by the Seniors.

Thursday is most students’ favorite day. The dress code was Heroes vs Villains and the activity for the day was life-sized board games and relay races. The Sophomores continued to dominate most of the events. They won Hungry Hungry Hippos and Jenga. Although, the Freshmen triumphed in Rock, Paper, Scissors.

Friday was a Pride Day and Lancers Got Talent, which every class was anxiously awaiting and practicing all week for.  Each class’s performance was a showstopper, as each payed homage to different scenes from different movies.

Since the show was essentially a winner-take-all scenario between the Seniors, Juniors, and Sophomores, the talent show’s results were the most nerve-wracking. Even though one judge voted for Freshmen, it didn’t stop the other two from voting for the Sophomores, meaning they won the talent show and Spirit Week in all (and a day off to boot!).