Let's take a look at a recap of Spirit Week from junior Nicole Gorny, whose article below was included in the February edition of The Marian Gazette.  Take it away, Nicole:

Spirit Week is a time for the classes of St. Mary’s High School to come together and compete, with hopes to beat the almighty Seniors. In my opinion, this year’s Spirit Week was definitely the most successful, especially considering the grand prize was, once again, a day off from school.

To start off the week, each class came together to play bingo in the Gus. The first bingo winner happened to be Junior Jacob Wilk, who then earned his class some points. Surprising virtually everyone, the Juniors started off strong this year, as Ashley Cruz soon followed with another bingo win. Monday also offered amazing costumes. Although many people simply glued a black circle on their shirts and claimed they were a domino, some went above and beyond for their costumes. A group of Juniors created their own Hungry Hippos costumes, and Sophomores Sam Mickel, Kerry Sullivan, Rebecca O’Conner, Mary Owczarczak, Jillian Szeluga, and Madison Nuttle all dressed up as the characters from Clue.

As Tuesday rolled around, the dress was “Mathlete vs. Athlete,” and students certainly didn’t disappoint. The majority of St. Mary’s students wore athletic attire, while a small percentage dressed as nerds. Every Senior and Junior dressed up, earning them both a substantial amount of points.  While the outfits were memorable, it was the games that made “Mathlete vs Athlete Day” a success.

It started off with each class participating in a timed, extravagant relay. The Juniors made it to the end, but couldn’t handle the “Mathlete” multiplication tables.  The Sophomores and Freshmen put up valiant efforts, but the Seniors took the win.  After some other games, the overall class scores were close, with the Juniors and Seniors leading the way.

On Wednesday, the dress was class colors: Seniors wore blue, Juniors wore green, Sophomores wore yellow, and the Freshmen wore red. There were no scheduled events, but Mr. Junik decided that every period he would email all the students a challenge that would allow each class the chance to receive extra points.

The week ended with a pride day dress, and everyone was getting nervous for the talent show performances. As always, it was Freshmen first. Despite being the youngest class, they undoubtedly displayed confidence and enthusiasm, with a stellar performance.

The Sophomores performed next and brought something original to the table, which got the other classes pumped for what was in store. There was a hilariously “dramatic” video, featuring a few Sophomore boys regarding their “redemption,” since they were struggling to maintain third place after winning Homecoming Week a few months prior.  One of the more memorable “talents” involved Zach Charvat eating thirty-five chicken nuggets in under two minutes.

The Junior class took a more unique approach to the talent show.  Donald Trump, played by Alex Denz, read poetry written by Brianna Propis to introduce each portion of the show that incorporated the Spirit Week theme. Hannah Mulhern ran around in her t-rex costume holding posters with board games drawn on them by Josh Weiss that corresponded with the talents displayed.

Lastly, the Seniors brought energy, comedy, singing, and dancing to the table. They put their own spin on the well-known High School Musical story, and ended with a giant “We’re All in this Together” flash mob.

The results were in from the judges: Juniors get first place for the talent show!  So, who would be the overall winners?  The Seniors ultimately won Spirit Week and the day off with 230 points (while the Juniors came in second with 228 points). 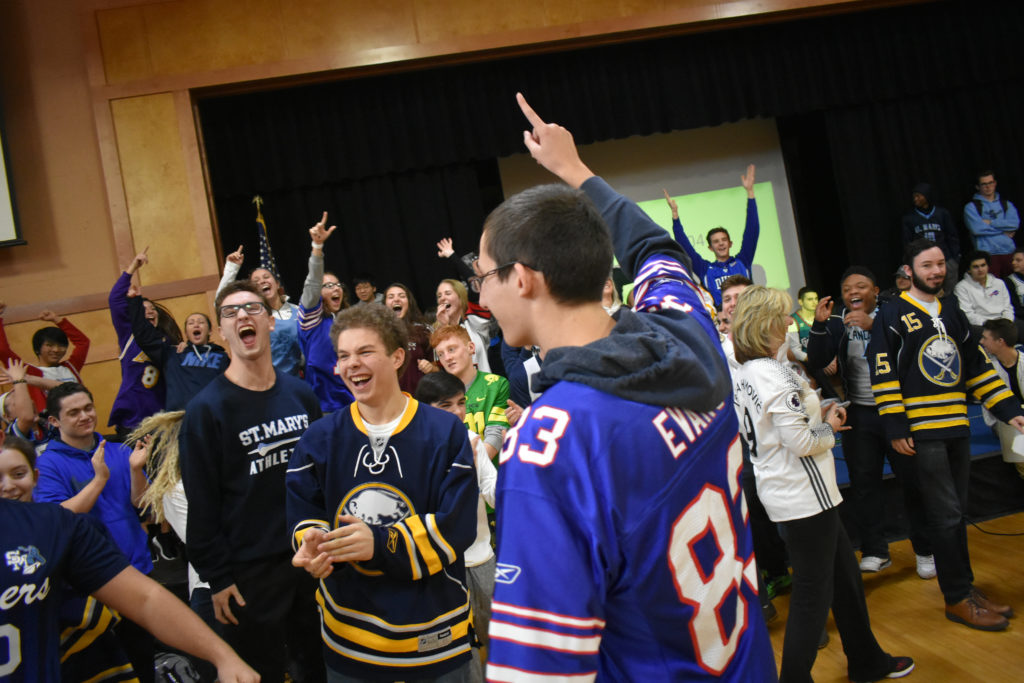 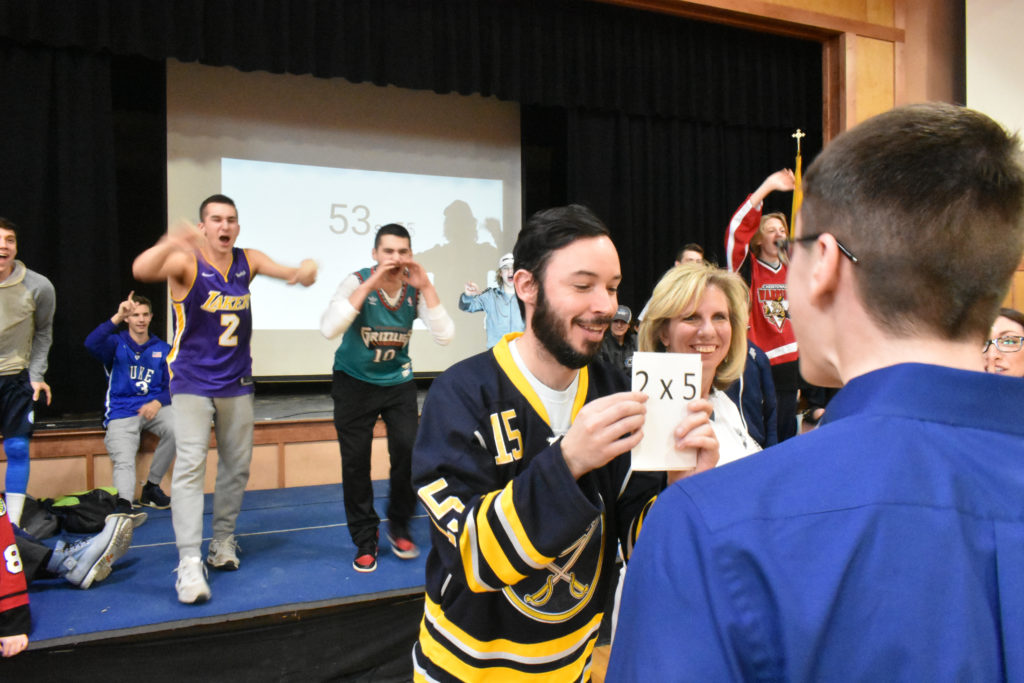 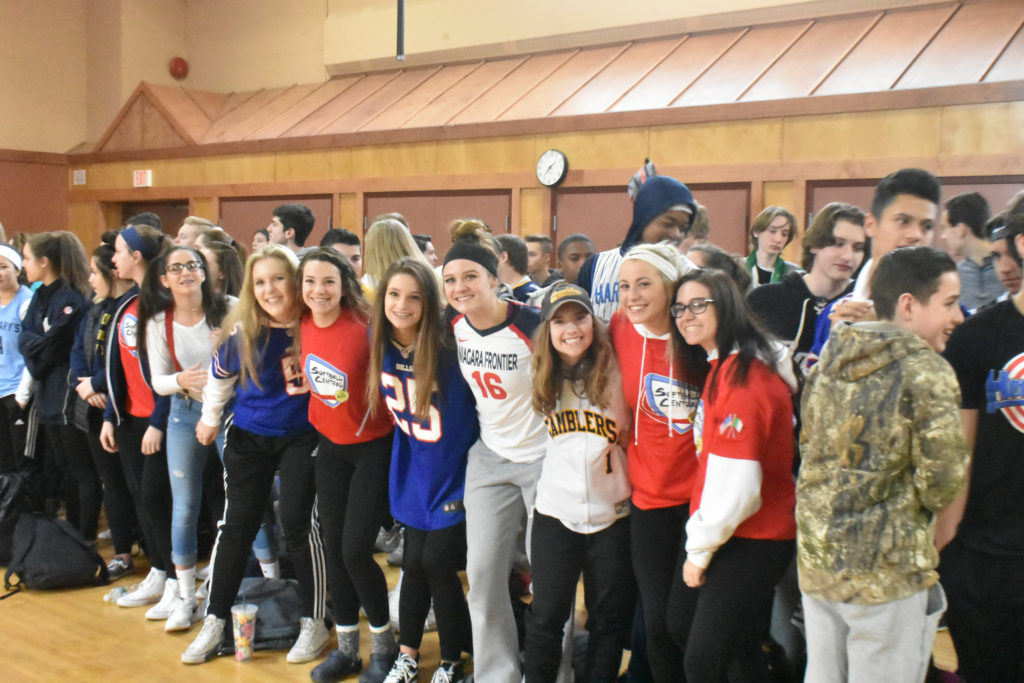