The Prep Talk Awards took place at the Hyatt Regency Hotel in Downtown Buffalo, where the volleyball team and Coach Pieczynski were in attendance along with St. Mary’s Athletic Director Brittany Heist.

Take a look at the article from The Buffalo News for all of the details: http://bit.ly/2ss3Qsj 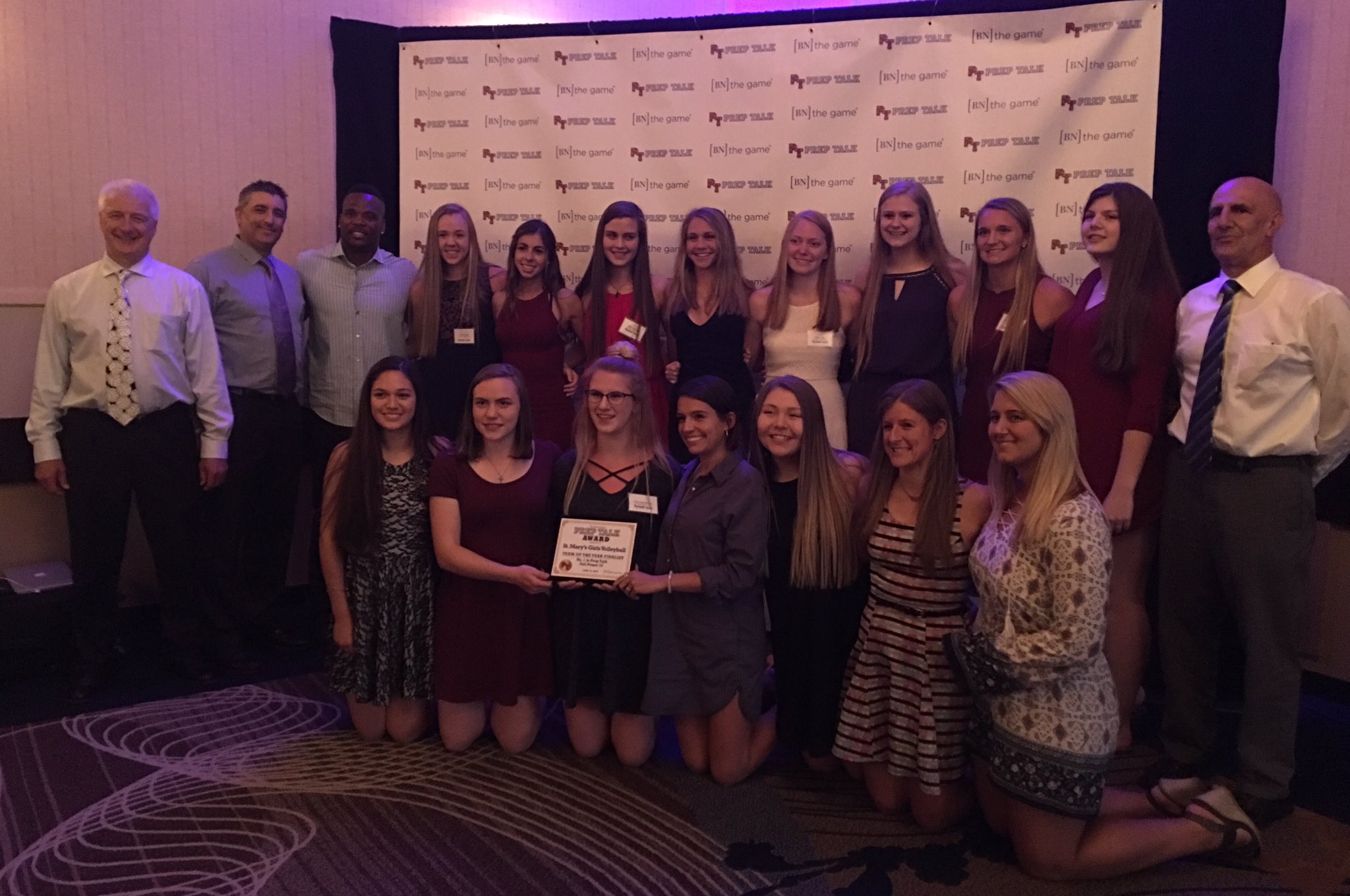 St. Mary’s Team of the Year and Coach of the Year Nominees with former Buffalo Bills great Fred Jackson